5 Best Historical Movies of All Time 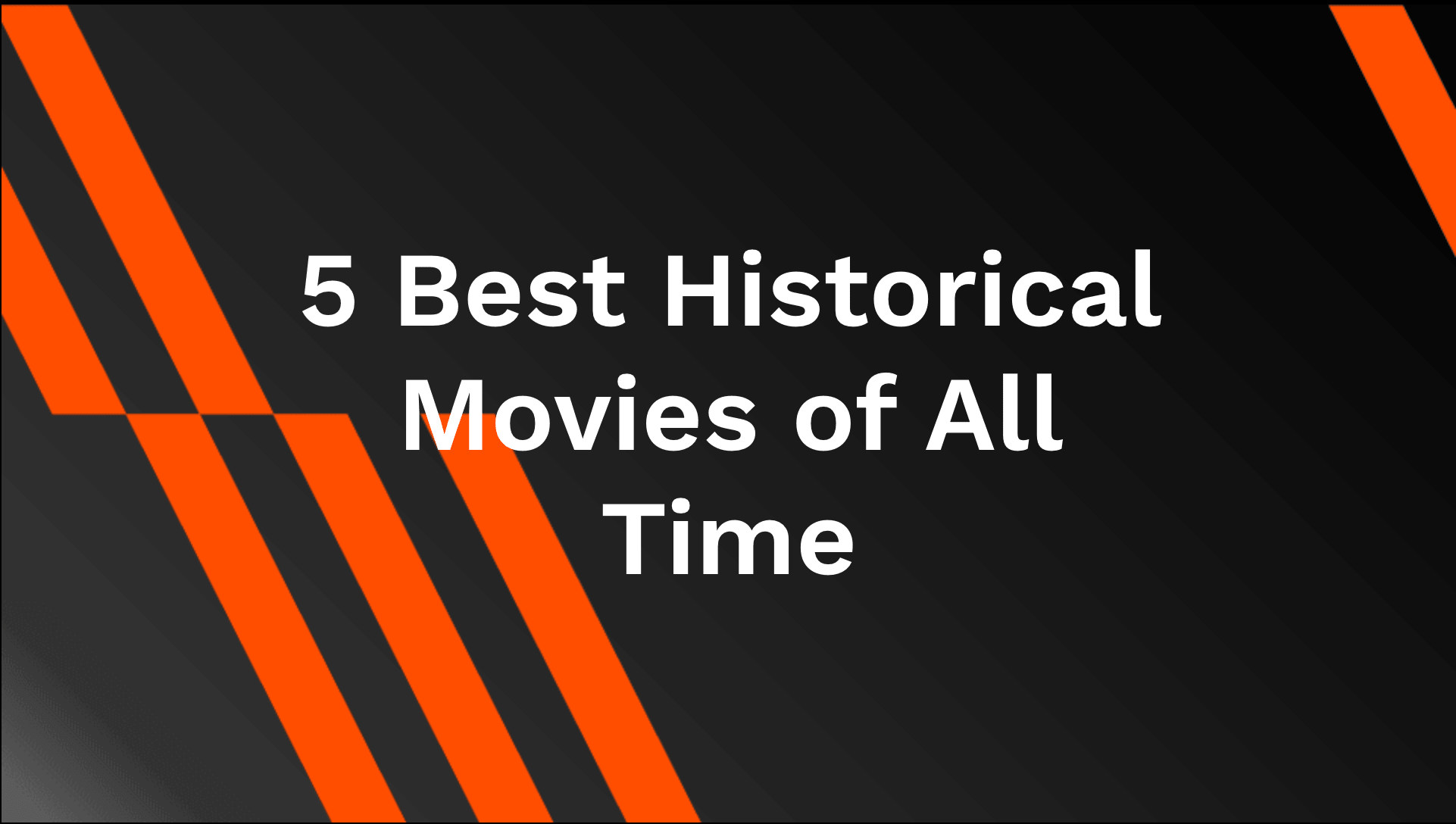 We all admit that historical Hollywood movies are one of the best places to learn some history lessons. We have found many platforms and instances where Hollywood had delivered quality entertainment content and provided mostly correct facts by looking back in old times. From historical thriller movies to scientific fiction movies with a touch of romance, we have learned a lot from them. Sometimes not in terms of knowledge but how we can implement their ideas in our life.

5 Best Historical Movies of All Time

There are many extended history loaded movies that you can enjoy with your loved ones. Therefore, to make it effortless for you to find good movies to watch, we have rounded up the best historical films you can watch this very minute.

What it’s about: It is a physiological war film based on Joseph Conard’s novel ”Heart of Darkness’ which tells the story from the late 19th century of Congo to the Vietnam War. The film follows the river journey from South Vietnam into Cambodia, undertaken by Captain Benjamin L. Willard, who is on a confidential assignment to assassinate an Army Special Forces officer.

What it’s about: Adapted from the 1994 book Lost Moon: The Perilous Voyage of Apollo 13, written by Jim Lovell and Jeffery Kluger. This film reconnects the famous events of the mission to the Moon that went haywire. On the other hand, three astronauts ( Hanks, Bacon and Paxton) are still en route, and their oxygen tank explodes. They force NASA to cancel the mission to get themselves home alive.

What it’s about: The film tells the incredible life story of Frida Kahlo, a Mexican artist. After suffering from a traumatic accident in 1922, Khalo suffered several complications. However, with her father’s continuous love and support, she started painting as she recovers and eventually decided to become an artist.

What it’s about: This is an American directed film in 1941. Not only was it nominated for nine Academy Awards, but it is also considered to be the best film of all time by several critics. This quasi-biographical film inspects the life and legacy of Charles Foster Kane (Welles). The characters are based on newspaper publishers William Randolph Hearst and Joseph Pulitzer. However, American businessmen Samuel Insull and Harold McCormick also inspired the characters.

What it’s about: It is a British-American film of 1980 adapted from the screenplay of Frederick Treves. The film is about a severely deformed man who became well-known in 19th century London. After working as a Circus attraction, Merrick is awarded the opportunity to live in peace and dignity.

Features of AhaSave All Video Downloader

How to Use AhaSave Video Downloader

Before you download any content from websites, you need to understand that the ownership and intellectual property rights of the videos, movies and dramas belong only to the publishers or owners. We respect the legitimacy of publishers or owners and also recommend you to obtain permission before downloading the content for any use. Also, it is essential to indicate the content source when using it anywhere.