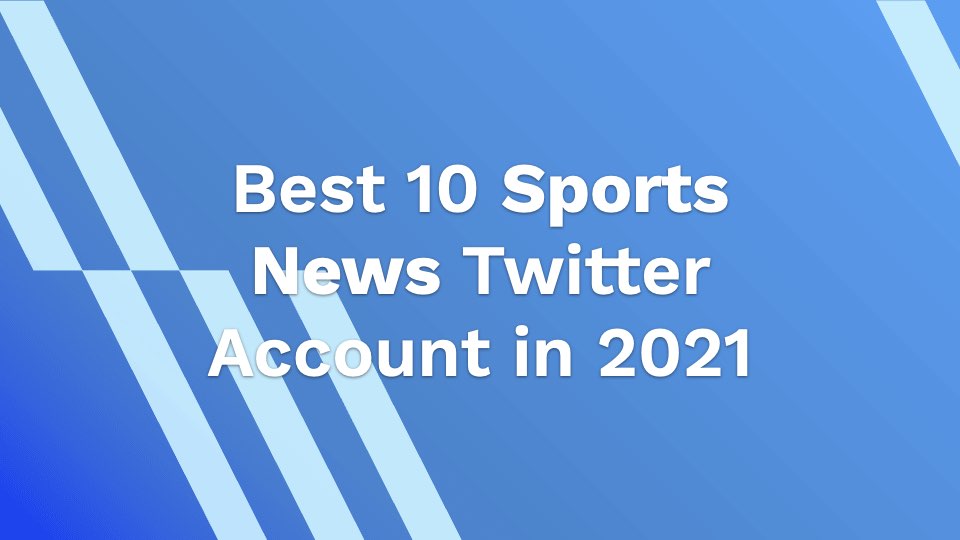 Twitter is a platform of social media where all good, bad, funny, inspiring things happening worldwide crosses your timeline. It is a worldwide news source covering a variety of topics. Breaking news always hits first on this social media platform, whether they are local, regional, national, or international news. For those who are interested in sports, Twitter is the best platform to obtain sports related news.

We have listed the 10 best sports news accounts on Twitter that you can follow and keep yourself updated with your favourite sports.

Entertainment and Sports Programming Network (ESPN) is an American multinational primary cable sports channel. This channel is officially owned by ESPN Inc., owned jointly by The Walt Disney Company and Hearst Communications. This channel was launched on November 1, 1996, and originally featured a rolling news format with 24-hour coverage of sports news and highlights.

Bleacher Report, also abbreviated as B/R, is an official website that focuses on sport and sports culture around the globe. It is located in San Francisco, while the other reporting offices are in New York and London. In March 2018, Bleacher Report and Turner Sports launched B/R live streaming, a subscription video service that featured live broadcasts of several major sports events.

Sky Sports is a part of a British subscription television sports channel operated by a satellite pay-TV company. Sky Sports is a prominent subscription television sports brand in the United Kingdom and Ireland. It has played a central role in the increased commercialisation of British sports since 1991. Sky Sports provides the best live coverage of your favourite sports like football, golf, rugby, cricket and many others.

The Sports Network (TSN) is a Canadian English sports channel. It was established by Labatt Brewing Company back in 1984. TSN focuses on sports-related programmes, including live and recorded event telecasts and sports talk shows.

Sportsnet is a Canadian English sports channel owned by Rogers Sports and Media. It was established in 1998 as CTV Sportsnet. It is Canada’s No.1 sports network.

Deadspin is a sports blog founded in 2005 and is based in Chicago. Deadspin offers daily previews, recaps and commentaries of significant sports stories.