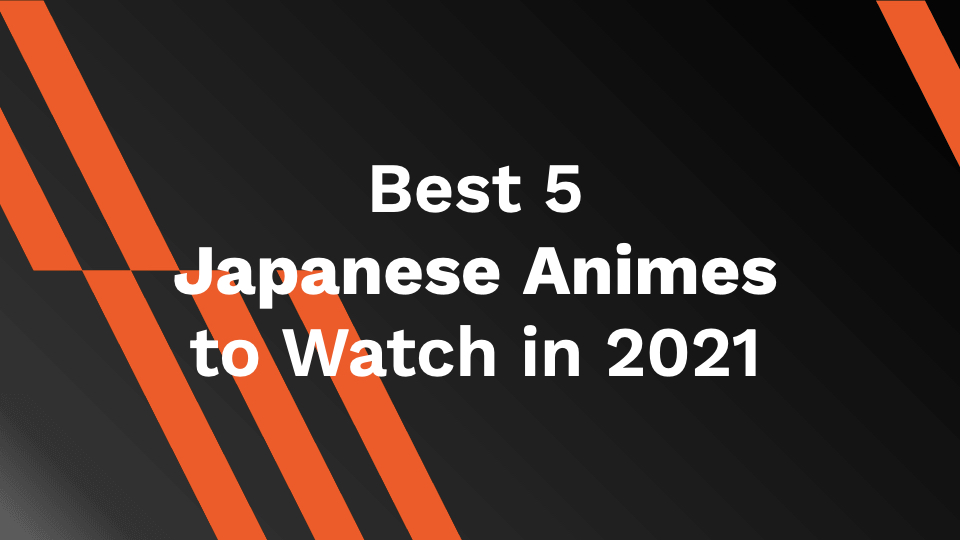 Are you looking for best Japanese animes to watch in 2021? We can help you find the proper anime as we know that it is quite challenging to pick the most appropriate anime among different genres.

Here are the top picks for the best Japanese animes:
My Hero Academia (Season 5)
The Slime Diaries
I’ve Been Killing Slimes for 300 Years and Maxed Out My Level
Shaman King
The Dragon Goes House Hunting

Mankind has developed superpowers known as “Quirks”. Majority of the population have this power, but others without it are discriminated. The villains in this anime also possesses these powers and want to reshape the world in their way.

Hero Academia is a school that trains its students to become heroes and help those who don’t have these superpowers or those who possess less powerful Quirks. This anime series focuses on Izuku Midoriya (one without any superpower), a middle school student. Can he become the hero and contribute to the stability of the world?

The second anime on the best animes list is made on the manga with the same name, “The Slime Diaries: That Time I Got Reincarnated as a Slime”. This anime was first aired on April 06, 2021. The Manga follows the story of “a thirty-seven-year-old lonely, and unhappy Satoru Mikami, who is stuck with a dead-end job. He was killed by robbers, but awakened as a slime monster in a fantasy realm with a fresh start.”

How will it be like if you have been killing slimes for 300 years? The main character of these animes, Azusa Aizawa, is a corporate slave who dies due to severe tiredness. In the afterlife, she was gifted immorality in another realm. She enjoys her days on a farm nearby a village where she begins killing 25 slimes a day.

The main story began when Azusa realised she had reached level 99 by killing slimes alone, but how can she maintain the low profile life she had tried to hold on to so desperately? This anime falls in the genre of Comedy, Fantasy and Slice of Life.

Shaman King is a remake of quite a famous anime with the same name. This anime falls in the genres of Action, Adventure, Comedy, Supernatural, Super Power. The anime story revolves around a middle-class student, Manta Oyamada, who found himself late for school. He then takes the shortcut through a graveyard where a boy who was sitting on a gravestone invites Manta to stargaze with “them”. Manta soon realises “them” refers to the boy and ghosts, in which he then flees in fear.

The boy is known as “You Asakura”, a Shaman in training, who shows his power by teaming up with a six hundred-year-old Samurai ghost. Later You befriended Manta because of his ability to see spirits and set out to achieve his goal of becoming the Shaman King.

Shamans are individuals with the extraordinary ability to communicate with spirits, gods and ghosts of which ordinary people cannot see. Every five hundred years, a tournament begins where the shamans fight and the winner get crowned as the Shaman King, which allows the winner to call a great spirit and colour the world as they want.

Letty, a red dragon here, was disowned by his parents after he was unable to protect their eggs. Letty is a funny character, a dragon that is not very brave, with a target on his back as everyone wants to kill him due to his status as a legendary beast.

One day he met an elf, Dearia, who saved Letty from some hunters while he was searching for someplace he could call home. Dearia offered to help him find a place where he can stay, and the adventures start where he meets different creatures and strong enemies.

You can download the Japanese animes on this list from their respective websites using the AhaSave Downloader.

AhaSave Downloader is a free video downloader to download animes from various platforms. All you need to do is download the APK file by placing a link on your computer and installing it afterwards or simply download it on your Play Store.

Before downloading any content from the internet, we need to understand the importance of respecting property rights. Any information video, article, pictures or information that you want to download from the internet should be used for your personal uses only. They should not be violated in any other way.