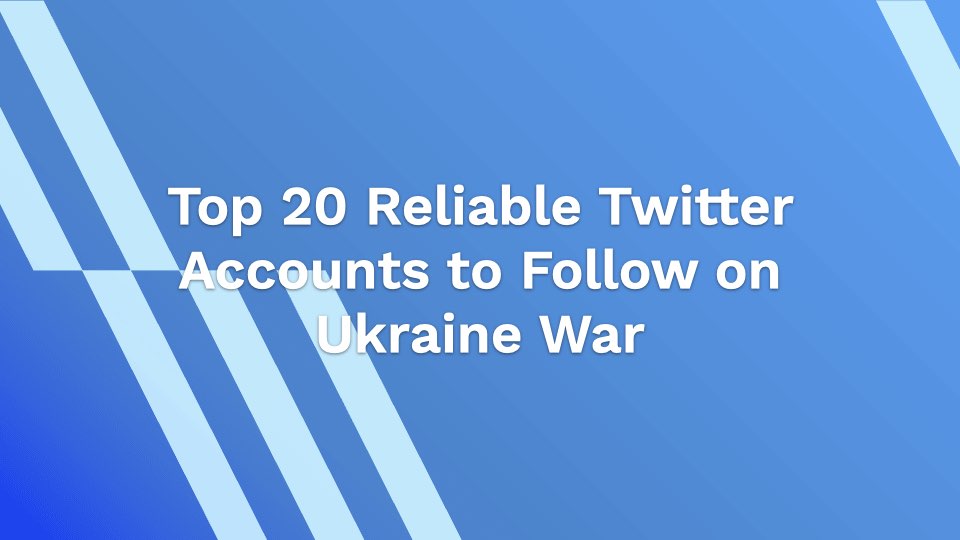 Everybody is now on the lookout for the Ukraine war that has been happening recently. We had seen how fast the situation escalated in Ukraine when Russia decided to attack the Easter European nation. Because of this, people are eager to know what is happening to the Ukraine invasion. Many concerned citizens would like to be updated with what is going on.

Twitter is a good source of information. But again, you have to filter which ones are legitimate. There are so many altered accounts on Twitter that are spreading unverified information. And in times of the Russian Ukraine conflict, you don’t want to bump into fake news. Multiple accounts have been suspended because of spreading information about the Ukraine war.

Twitter reminded everyone of the safe account tips that people in Ukraine can do. In this Ukraine war, it is important to be vigilant online. For those of you who want to keep yourself updated on the situation, check out these reliable accounts where you can get legitimate information about the Ukraine war.

They both are tweeting information from Ukraine’s standpoint. They are probably the best people to follow to get updates about what’s going on in Ukraine.

President Joe Biden is a reliable source of information about US aid in Ukraine. He is tweeting from both his account and the official POTUS account.

20. Michael Schwirtz (@mschwirtz) is also a correspondent in Ukraine from New York Times

Looking for a way to download tweets of the recent Ukraine war? Videos from Twitter can be downloaded easily using AhaSave free Twitter Video Downloader. This app can be downloaded for free on your Android devices.

With AhaSave, you can download these tweets with hashtags and captions, and you can view videos anytime, anywhere. Now you can watch these Twitter videos about the Ukraine war anywhere.

With AhaSave, you can download GIFs, tweets, images, memes, GIFs, and videos on Twitter. AhaSave Video Downloader downloads videos 3x faster compared to other downloaders available. It has a multithread technology that enables the user to download multiple videos at once.

This video downloader is lightweight and easy to use. It has a user-friendly interface which makes downloading items easy and hassle-free. AhaSave also has a built-in player so you can play videos and GIFs with it. All downloaded videos can be saved in your private folder, and no one can access that except you. You can easily find your downloaded video in the folder.

Just be reminded that all downloaded items cannot be distributed for their earnings as they would be protected by copyright. Downloaded items can only be used for personal use. For best practice, it is always good to ask the owner of the video or photos first before downloading any content on Twitter.