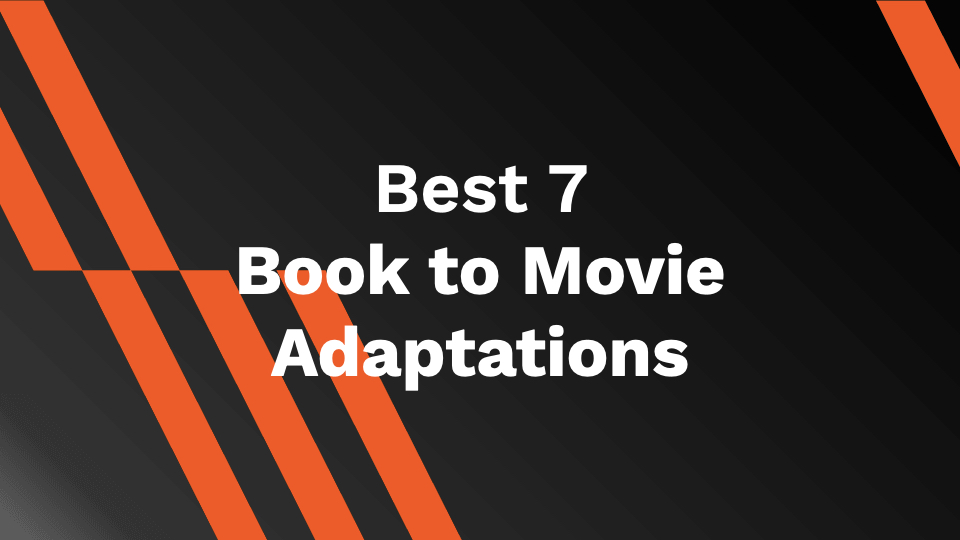 Book to movie adaptations has always been famous for decades, which brings interest to the audiences. The best book to movie adaptations consists of multiple genres. These adaptations are the Hollywood high wire act because adapting anything from classic literature to modern pop always hits different. However, it also becomes an unfortunate battle between “which is better, a movie or the book?

There are many books that have been made into films in the list may surprise you. Here are some of the best books for movie adaptations that we have gathered for you.

The princess diaries are part of the epistolary young adult novels written by Meg Cabot in the first volume. The book was published in 2000. The movie revolves around Amelia and Mia, a teenage girl in new york who discovers that she is the princess of a small Europe name Genovia. It becomes the best movie adapted from the book to contain many popular culture references, including singers and fads in modern culture. Both page and screen offer the best jewel of great storytelling.

Atonement, the novel was written by Lan McEwan and the movie directed by Joe Wright. This movie is based on Lan McEwan’s 2001 novel consist of the same name. The film genre is romantic war drama and circles around a forbidden romance between a girl and a housekeepers son that rends their life into two when the girl’s younger sister misinterpreted a moment between them. Atonement has also won an Oscar for Best Original Score.

Since the novel’s publication in 1903, Jack London’s book The Call of the Wild has remained one of the best and popular American classics for readers of every age. The movie revolves around the adventure story of a dog named Buck, where he was kidnapped from his home in California, and being sent to Yukon, where he becomes friends with an old outdoor person and begins a life adventure. Unfortunately, both the book and the movie don’t have the happiest ending, but the film still receives massive respect.

The movie is based on the same name as the novel and was released in 2006; a movie boy in the striped pyjamas is a historical film written and directed by Mark Herman. The boy in the striped pyjamas has been surveyed as one of the most outstanding books to film adaptations because it has introduced the fantastic story of the Holocaust to many children. The holocaust drama elates the horror of a Nazi extermination camp through the eyes of two 8-year-old boys. The movie was released in the United Kingdom on 12 September 2008.

There are a total of eight fantasy films series of Harry Potter, which is based on the eponymous novels by J.K Rowling. Each series has its twists and plots. The Harry Potter begins with series named Philosopher’s stone (2001) and culminating with Harry Potter and the Deathly Hallows – part 2 (2011). The series circulates the iconic set pieces, including the Ministry of Magic, the chamber secrets, and Malfoy Manor. All six of the eight films were nominated for 12 Academy Awards and 24 nominations at the British Academy Film Awards.

The Lord of the Rings is a classic trilogy of epic fantasy adventure movies adapted from the book. J. R. R. Tolkein wrote all three novels. It was set in the fictional world of Middle-earth. The story began as a sequel to Tolkien’s 1937 children’s book The Hobbit but developed into a much larger work. The Lord of the Rings the best-selling books ever, with over 150 million copies sold. Although, it has been named Britain’s best novel of all time in the BBC’s The Big Read. All the films have subtitled The Fellowship of the Ring (2001), The Two Towers (2002) and the last one is The Return of the King (2003).

To all the boys I’ve loved before is one of the best movie adaptation from the book—the novel released in a 2014 young adult romance novel by American author Jenny Han. Han was inspired by her habit of writing love letters to boys she had crushes on as a teenager. The novel has two sequels, P.S. I Still Love You and Always and Forever, Lara Jean. In addition, a book to movie adaptation become a part of Netflix in 2018. Its plot is similar to the novel with few changes.

AhaSave video downloaders is an app to browse and download video. This app is safe and accessible. This video downloader and private browser can auto-detect videos on the website, and you could download them with one click. It supports all social media platforms and HD video download. It can guarantee your safety to the greatest extent. So, you can Browse and Download your favourite videos anytime.

How To Use AhaSave Downloaders?

You can also copy the links (URL) of videos and paste them into the app to download the video you like.