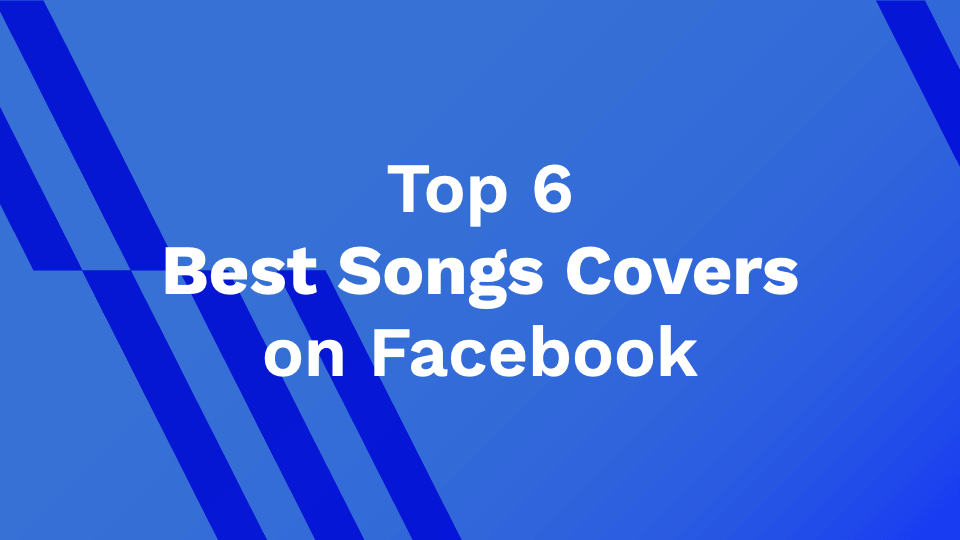 If you are unsure what ‘song covers’ are, they are songs that are sung by someone else other than the singer of the song and most of the time, they are some songs that are covered more as compared to others. Some of the best song cover channels on Facebook includes channels such as “DJ Kara” and “̶K̶̶a̶̶n̶̶t̶̶a̶”.

Here, we have compiled a list with regards to the best songs covers.

Originally written, composed and sung by Leonard Cohen, Jeff Buckley covered the song at a cafe back when he was still not very well-known. He added his own singing style and won over hundreds of hearts. The magic in his voice was accompanied by his guitar and won him record deals, making this song a hit for him.

2. I Will Always Love You by Whitney Houston

This song was originally written and sung by Dolly Parton originally in 1973. Whitney Houston recorded her version of the song for the movie, The Bodyguard. This song was considered one of the best song covers then, and subsequently, became the most popular song to cover of all time.

3. All Along the Watchtower by Jimi Hendrix

This song was originally written and sung by Bob Dylan. The song featured rhythms and drums which were considered unique at that time. It was thus only natural that it became popular over time. Hendrix reinterpreted the song in his own style, which made it even more popular than it already was.

4. The Man Who Sold the World by Nirvana

This song was originally written and sung by David Bowie. This song had been covered by many artists, the most famous being this one by Nirvana. He added his own singing style in this rendition and was even praised by David Bowie himself.

This song was originally released by Otis Redding in 1965. Franklin then changed some of the lyrics, adding her own flavour into the song. It was a mashup of perfect background singing, groovy basslines, and each note made it more beautiful than it already was. She was known as one of the greatest soul singers of all time, and made this song a favourite for all listeners.

Miley Cyrus first covered this song at a tribute show to the original singer, Chris Cornell, known for his stunning songs. Her amazing take on this song struck a chord in everyone’s hearts. Cyrus delivered this song so well that it is still known as one of the best song covers today.

AhaSave Downloader is a free video downloader to download song covers from various platforms. All you need to do is download the APK file by placing a link on your computer and installing it afterwards or simply download it on your Play Store.